The “Other” 9mm Kurz 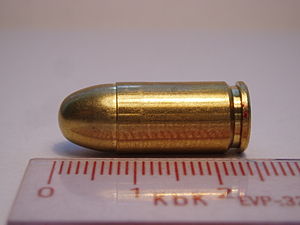 Most are familiar with the 9mm Kurz – the .380 ACP. Developed for semi-automatic pistols, the .380 ACP (Automatic Colt Pistol) pistol cartridge is a rimless, straight-walled pistol cartridge developed by firearms designer John Browning. The cartridge head spaces on the mouth of the case. It was introduced in 1908 by Colt, and has been a popular self-defense cartridge ever since. Other names for .380 ACP include .380 Auto, 9mm Browning, 9mm Corto, 9mm Short, 9×17mm and 9 mm Browning courto (which is the C.I.P. designation). The actual bullet diameter is 355 in (9.0 mm).

What the 9mm Kurz lacks in ballistics it is a favorite among those who like compact pistols of the blow back design. For myself, I have several pistols chambered for this cartridge and while they are enjoyable to shoot, and accurate I might add, they take the back seat to the “other” 9mm Kurz. Sometimes referred to as the “357 Magnum Short”, the cartridge is more commonly known as the .38 Special. 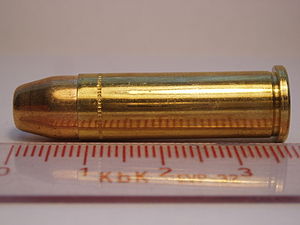 The .38 Special, designed in 1898 has been around longer than the .380 and was designed by Smith & Wesson. Despite its name, the caliber of the .38 Special cartridge is actually .357–.358 inches (9.0678 mm), with the “.38” referring to the approximate diameter of the loaded brass case. Due to its black powder heritage, the .38 Special is a low pressure cartridge, one of the lowest in common use today at 17,000 PSI. By modern standards, the .38 Special fires a medium-sized bullet at rather low speeds. The closest comparisons are the .380 ACP, which fires much lighter bullets slightly faster than most .38 Special loads; the 9×19mm Parabellum, which fires a somewhat lighter bullet significantly faster; and the .38 Colt Super, which fires a comparable bullet significantly faster. All three of these are usually found in semi-automatic pistols. The .38 Special was and is intended for revolvers and can be fired in small, medium, and large varieties.

While most find pistols chambered for the .380 a pleasure to shoot, most find the .38 Special a handful to shoot – especially in short-barreled, short-gripped, ultra-light revolvers. Increase the horsepower to +P and +P+ ratings and most will start searching for a rubber grip to help with recoil (like the Hogue or others), sell the revolver, or load it and put it away under the “I-will-shoot-this-gun-only-if-I-absolutely-have-to” category. A balance needs to be found between revolver and the load it can handle. My favorite defense cartridge in the .38 +P realm is the SWCHP in 158-grain, which is a good cartridge out of a 2.5″ barreled SP101 or a 4″ barreled GP100. 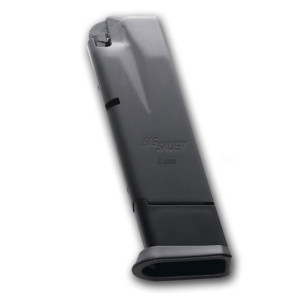 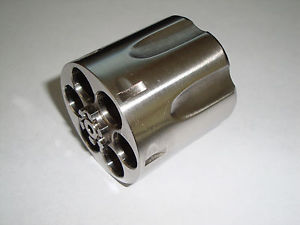 Capacity. A term that provides friendly (and not-so-friendly) debates. While I believe that (magazine vs. cylinder) capacity is something to think about, the capacity of the round to deliver the mail captures more of my attention. I have to go with the .38 Special in +P flavor. I have carried the SIG P230, an early Colt Mustang, and more recently the Bersa Thunder 380 and the Bersa Thunder 380 Plus. I found them all to be excellent, accurate firearms. They are easily to carry and conceal. With the right ammunition, the .380 can be a viable defensive choice. However, I don’t feel as well-armed as when I carry the SP101. But then, I don’t feel as well-armed unless I am carrying a .45 ACP in whatever pistol. I have felt a need for balance lately in my choice of CC firearms. I felt that balance needed to be reached between capacity and the capacity to deliver. For that reason, the choice came down to the big brother to the .380 – the 9x19mm Parabellum.

Essentially, the 9mm ballistics are superior to the .38 Special revolver cartridge, is shorter overall, and being an auto-loader cartridge, it is stored in flat magazines, as opposed to cylindrical speed loaders. With the Ruger SR9 stoked with 124-grain Remington Ultimate Defense ammunition that produces 1125 fps at the muzzle (Golden Saber with new packaging?), I don’t feel as if I am under-armed. 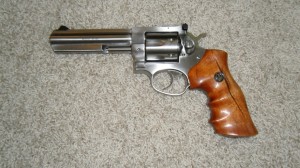 As long as I have wheel guns; however, they will always be at least one chambered for the .357 Magnum and the “other” 9mm Kurz – the .38 Special. When operated through a 16″ barreled Rossi lever-gun, the round really comes into its own. While it may not be as popular as others, the .38 Special is not going away. You don’t need the latest polymer, whiz bang, tactical wonder in order to be adequately armed. My house gun is a GP100 stoked with SWCHP in 158-grain and I am proficient with the firearm. As Clint Smith from Thunder Ranch says, Twenty-one feet down the hall is the same as twenty-one feet at the range and it’s not what you have – its how well you can use it.” The “Other” 9mm Kurz will do just fine, thank you.

Lastly, neither the .380 or the “other 9mm Kurz demonstrate powerhouse ballistics and most opine that either is about as low on the ladder as one should go for a viable defensive handgun. I agree. Unless there’s some compelling special reason, I personally will not go below either .380 or .38 Special for self-protection.

One Response to The “Other” 9mm Kurz